Choumert Square is a picture-postcard patch of Peckham, only a few minutes from Peckham Rye Station and Bellenden Road. It’s a pedestrian-only Victorian laneway which has featured multiple times on Gardeners’ World, and in various publications. Residents of the 46 cottages - which make up Choumert Square - share a generous communal garden at the end of the laneway.

This modernised yet charming and characterful house, at the entrance-end, has a strong layout - with an open-plan kitchen and reception spaces to the ground floor, and a south-facing double bedroom and windowed bathroom to the first floor. It's all very well planned and executed, with lots of thoughtful built-in storage about the place.

In the gate from Choumert Grove and you’ll quickly land upon the house to your left, with its pretty, south-facing, gated front garden with brick paving.

The front door is in the front bay - a lovely welcome. You’re met by a white and bright reception area with built-in shelving either side of the bay. On through and you’ve got a natural dining area and then a timeless white fitted kitchen with oak counters. Three skylight windows are found here, plus another regular one.

Plentiful and easily-accessed under stairs storage ticks another box, then it’s up the stairs for your lovely bedroom (to the front of the house), clever study area, and bathroom. The bedroom is over 12 feet by over 9 feet, with skylight windows as well as a sash, a roofline ceiling, and generous built-in closets running one wall. Engineered oak floors impress (find these downstairs too).

The tastefully-done bathroom has modern white sanitary ware, under-basin storage, an over bath shower, a big built-in cupboard for towels and the like, and a square double glazed window.

Choumert Square - named after the C19th landowner George Choumert - enjoys a close community and rich history of residents including a CBE, OBE and two MBE’S. Further to the Square’s national media attention, residents regularly celebrate the square locally, inviting the public in.

Also local to you - Rye Lane is home to the trendy Bussey Building & Copeland Park spaces, plus Peckham Levels, Peckham Plex Cinema, and handy high street shops, banks and markets. In the warm months, you can head rooftop for cocktails at Frank’s or atop The Bussey Building.

Warwick Gardens is your nearest green space, and Peckham Rye Park and Common’s 113 acres is a short stroll.

Peckham's already considered one of London’s most desirable places to call home; there's even more in store for the postcode. Including the regeneration of and around Peckham Rye Station, and The Peckham Coal Line (one to Google). 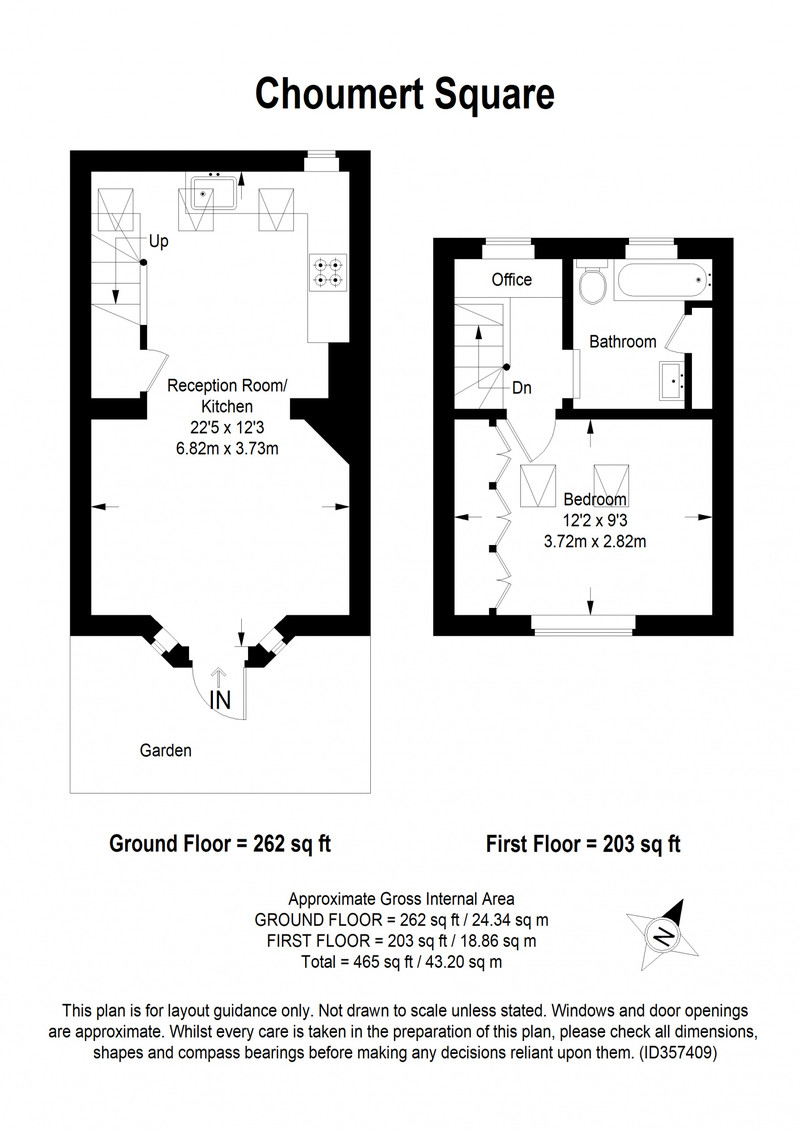