Best and final offers invited by 31st May.

Dishy three bed end of terrace of over 1100 square feet with a low-maintenance, tiled, south-facing garden. Find it on a residential side street close to Bellenden Road and Rye Lane, Peckham Rye Station (walk five minutes), plus all things East Dulwich. Freehold.

A smart wall fronts the house and a small front garden. Open a porch door, then the main front door into the hall area. A large through-reception sits off to your left, with a pale scheme (as throughout), handsome front bay window, and part-glazed back door from the second reception to the handy side return area of the garden. Back in the hall and you’ll find an under stairs w.c. that’s decadently decorated. At the rear of the house, you’ll find the double-aspect kitchen/diner that stretches over 28 feet. Moroccan wall tiles are a delightful decision, set against timeless white wall and base units. Sliding double-glazed doors feature at the foot of this room (which is especially bright owing to the southerly orientation and minimalist garden).

Upstairs and off the half-landing, arrive first at the first of three double bedrooms and a smart bathroom, with skylight in addition to a side window, an over bath shower, white sanitaryware, and white square tiling. Off the main landing are two further doubles; the master taking the width of the house (over 16 feet, by over 11) and with two sash windows to street views. The adjacent bedroom has a built-in alcove cupboard/wardrobe. Others on the street and local streets have ‘gone up in the loft’ which is an option here should you want for more space in the future, relevant permissions having been obtained. For now, you’ve got a good place to store suitcases and the like.

Local schools? Include The Belham and Bellenden Primaries, and The Villa (2-7). Bellenden Road is a teeny walk for independent shops, cafes and restaurants; the pick of these in our view include Artusi, Ganapati, Uva, Flock & Herd butchery, and Review book store. Blenheim Grove and Choumert Road have some excellent offerings also: examples are Levan, Il Giardino, Brick Brewery Taproom, and Petitou.

There’s lots of regeneration work happening in and around Peckham Rye Station. The Peckham Coal Line is one to watch. Rye Lane is close for banks, handy high street and grocery shopping and Peckham plex cinema, as well as hip destinations such as Peckham Levels and The Bussey Building, both with summer rooftop bars and the latter with an open air cinema, too. Camberwell, Dulwich, New Cross, Deptford, Brixton and Herne Hill are also close for more options. 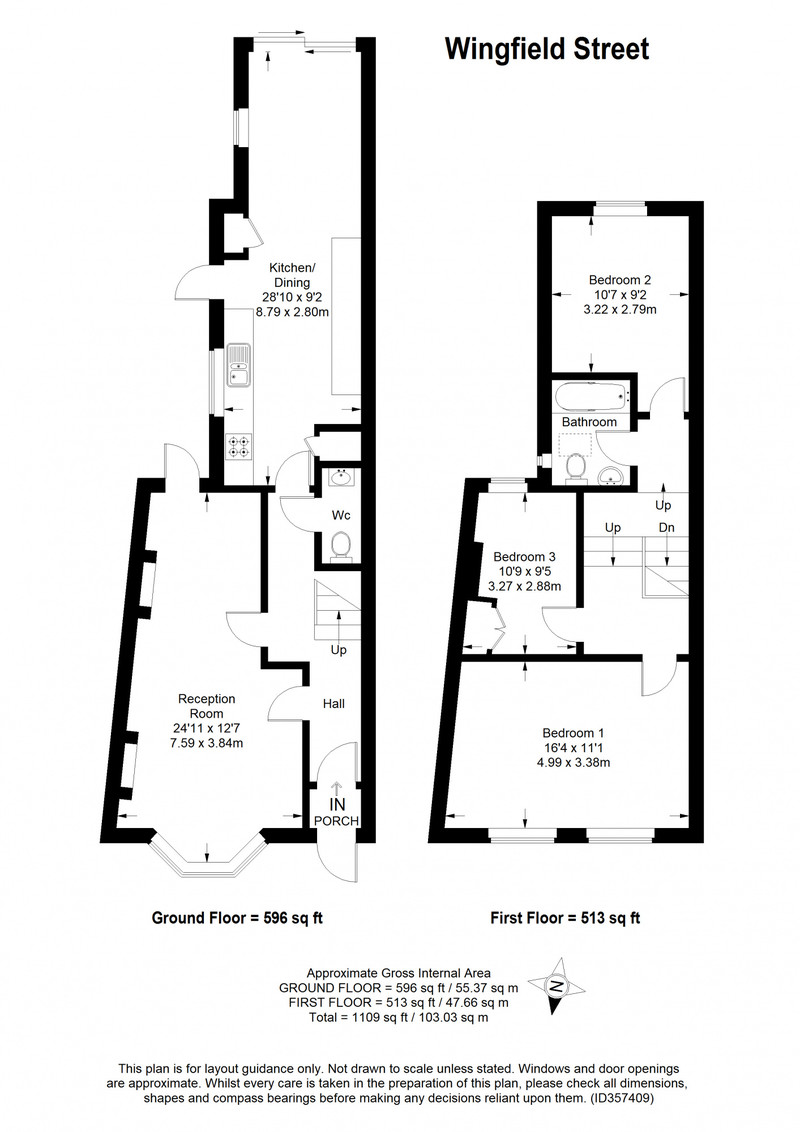