A neat walled front garden sets the house back from the pavement. In the front door and you have formal reception rooms to your right. Divide or connect the rooms - as you please - with painted wooden double doors. The first reception room, with sash windows to the front bay, is over 13 feet by 11 feet. The second (an obvious dining room) is over 10 feet by over 9 feet. Painted stripped floors run through the rooms, and both have built-in alcove shelving.

The large storage cellar (this network of streets is great for generous cellars) is accessed from the under stairs door.

At the foot of the hall you’ve got a handy (windowed) guest w.c. and beyond this you arrive at the double-aspect eat-in kitchen of over 17 feet by nearly 8 feet. Fitted units run down one wall, and you’ve got a big modern double-glazed door at the end - opening out onto the largely-paved garden, which gets loads of sun through to mid-afternoon, thanks to its favourable orientation.

Up to the first floor and from the half landing you’ve got a double-aspect bedroom to the rear - of 14 feet by nearly 8 feet. The property’s windowed bathroom is next door - with white suite and over bath shower.

From the landing proper you’ve got the two further bedrooms. The first of these is to your left - at over 11 feet by nearly 10 feet. The twin-sashed master bedroom takes the width of the terrace - it’s over 15 feet by over 11 feet. All three bedrooms have pale carpets.

Hatcham CA is a little-known well-connected residential pocket of south London. From 1614, the land was owned by the Worshipful Company of Haberdashers. When the manor house - 'Hatcham Park’ - was demolished circa 1840, terraced homes were permitted to be built. Saved from proposed demolition in the seventies (thank goodness that didn’t happen!), Hatcham Conservation Area was designated by Lewisham Council in 1990.

For rail travel, you are close to two Fare Zone 2 stations which both offer Overground as well as regular services. Or take a short bus ride from nearby Old Kent Road to Elephant & Castle tube and beyond.

Your most local primary schools are Haberdashers' Aske's Hatcham Temple Grove, Kender, and Edmund Waller. And all have good nurseries, from 3 years.

Central New Cross - an eight minute walk - has handsome historical buildings (even Daniel Craig as James Bond has passed through in Skyfall!), a Curzon cinema and contemporary art gallery (Goldsmiths CCA), plus an increasing number of pubs and eateries such as The Rosemary (organic Hungarian fayre), The Rose Inn, The New Cross House, The Telegraph at the Earl of Derby and The Amersham Arms.

Nunhead - with its high street village vibe - is close too: we rate Ayres bakery and FC Soper wet fish shop, as well as El Vermut and Mother Superior bottle shops, Kudu Grill (book ahead) and The Old Nun’s Head pub.

Deptford, Greenwich and Peckham Rye are also close for markets and more.

For ‘big shops’, the big Sainsbury's that's just by New Cross Gate Station will serve you well, or it's a short drive to large Tesco stores on Old Kent Road (or Surrey Quays), or Lidl, Aldi or Asda. 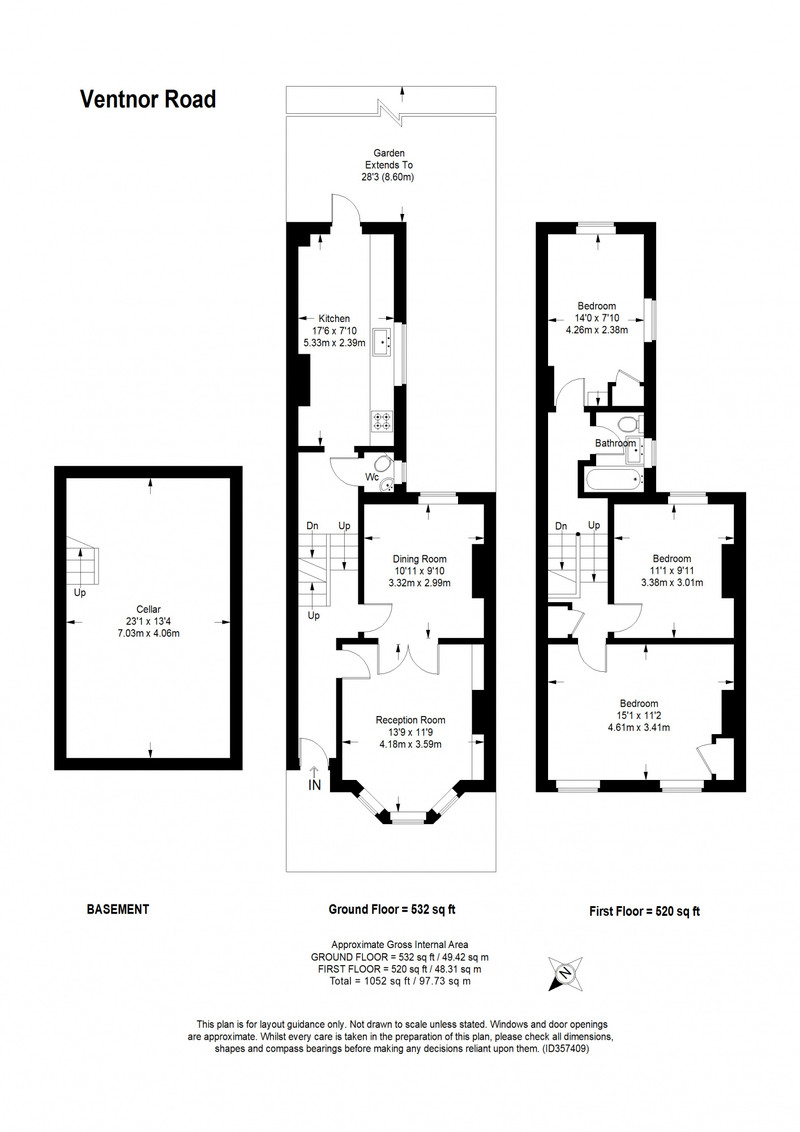