Architect-treated four double bed Victorian terrace with low-maintenance garden (with street access) of 1370 square feet, just five minutes from Peckham Rye Station, Bellenden Road, and Peckham Rye Park and Common. Over three floors, the house has four double bedrooms, two bathrooms (one is en suite to the second floor bedroom), a through-reception, a downstairs lavatory, and a beautifully-extended kitchen/diner stretching 19 feet by over 14. Permit parking is on-street, for residents. Freehold.

To your left of the smart hall, you open into the double-reception room. Stripped and varnished wooden floors feature here, plus plantation shutters in the bay window, alcove shelving, and a working fireplace, with pretty marble surround. The second reception has exposed brickwork to both alcoves, and an original built-in wooden cupboard to the far alcove. Solid wood double doors between the rooms divide or connect them.

Access the huge kitchen/diner from the second reception or via the hall (noting the handy guest w.c. to your right). It’s a huge - and hugely impressive - room, with slick white wall and base units, heated floors, a central island, and bang-on-trend poured concrete worktops; among its many charms. Access the garden via French or sliding doors. The double doors open from the natural dining area of the room. The property’s rear outside space has been landscaped to make the very best use of the space, with pavers, astro-turf and raised beds. Gated access to the street behind makes bringing garden bits, friends, kids, bikes and pets through very easy indeed.

Up the stairs and a neat double bedroom sits to the rear, with the smart family size bathroom next door; enjoy both bath and independent shower in here, modern white sanitaryware, and stylish tiling to walls and floor.

The master bedroom takes the width of the terrace; it’s a generous 15 feet by over 11. Built-in wardrobes are a welcome addition to the room, and you have two sash windows onto the residential street. Adjacent is a second double, of over 10 feet by nearly 10. These two bedrooms have their lovely original Victorian feature fireplaces.

Up again and you’ve a fourth and final bedroom to the rear, with large modern double-glazed window unit. All the bedrooms are carpeted (timeless grey in colour). You've also got access up here to significant loft storage.

Your closest station is Peckham Rye (zone 2) with regular and Overground services. Handy bus routes are also close, from Peckham Rye. Green space? Locally you have Peckham Rye Park and Common’s 113 acres, Warwick Gardens and Goose Green. Nunhead Cemetery is also nearby (one of ‘The Magnificent Seven’), plus Burgess, Ruskin and even Greenwich Parks (all an easy bus journey).

The independent shops, cafes, pubs and restaurants of Bellenden Road are a short stroll away. We particularly like Review, Ganapati, Artusi, The Begging Bowl, Anderson’s and The Vic(toria Inn).

Local primary schools include The Belham (run by Dulwich Hamlet Educational Trust) and Bellenden Primary. The Villa Nursery and Pre-Prep. School for little ones aged 2-7 is also a short walk away, on Lyndhurst Grove. 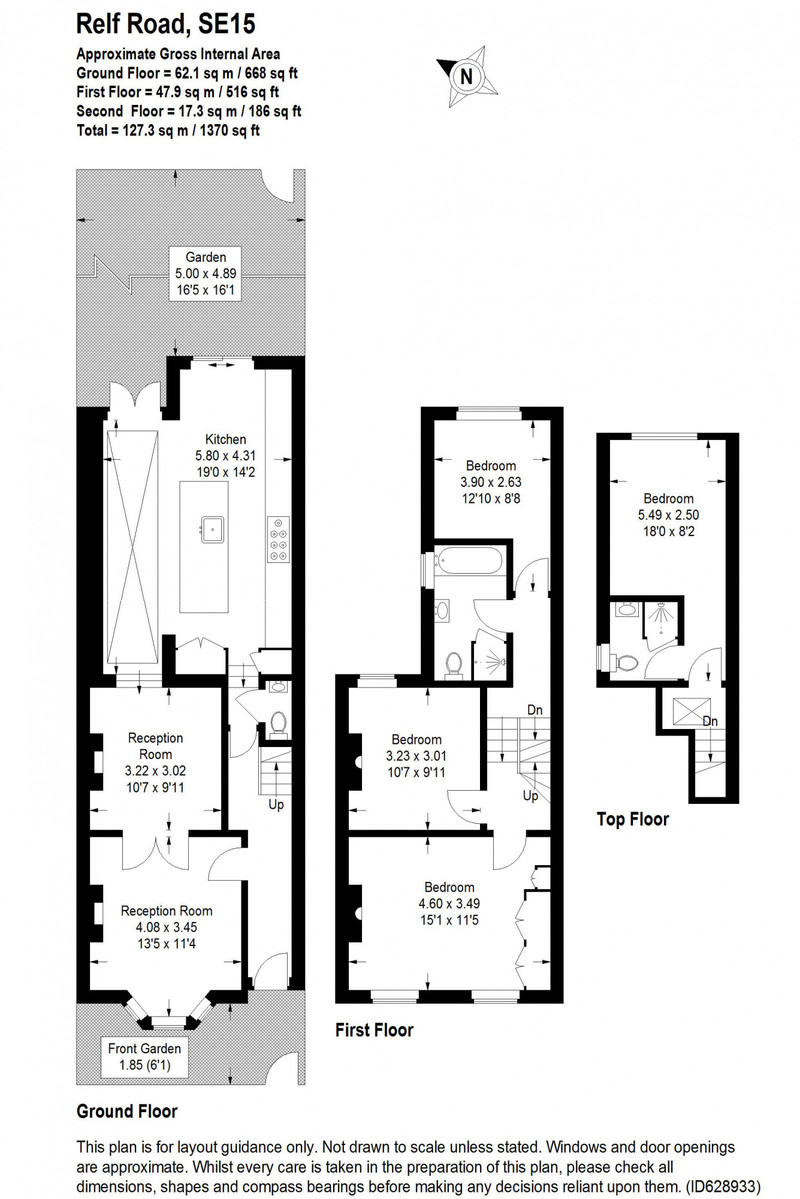