A Victorian halls-adjoining terraced house which brims with charm and style. It's a generous three bedroom home measuring in at a whopping 1496 square feet - inclusive of the handy cellar; exclusive of the large loft which could be developed.

The house is notably wider than average, with a big windowed hall space beyond the stairs, and it is especially giving in the living-space department.

Welcome features include sash windows (plus large skylights), cast iron radiators, and smart period fireplaces in the formal receptions. The wide and east-facing garden is part-walled and extends over 36 feet.

The location is smashing: a tree-lined and exclusively-residential Peckham street, just a four minute walk from Queens Road Peckham Station. It’s only a bit further to Peckham Rye station (walk 14 minutes). Both are Fare Zone 2 and on the London Overground network - as well as offering regular rail services. Parking is currently unrestricted on the street.

Open the front door into the hall where the high ceilings and reclaimed herringbone block parquet floors get the thumbs up fast for first impressions.

To your left, find the opened-up reception rooms. The east-west orientation ensures good light all day. The front reception has two sash windows while the second has French doors onto the decked side return area of the garden. Bespoke alcove shelving features in the second reception.

The hall space (beyond the stairs and cellar door) is over 6 feet wide - you’ve plenty of scope to set up a home office or hobby or music space here.

At the foot of the hall, you have the extended double-aspect kitchen/diner, stretching over 21 feet. The fitted kitchen’s a modern style with lots of gloss units teamed with solid wood counters, and beyond is a comfortable bright dining space with timber-framed glazed doors out to the decked area of the low-maintenance and well-established garden.

On the first floor you’ve got two similarly sized large doubles to front and rear - over 15 feet by over 11 apiece. Both have striped floor boards (in good condition) and cast iron radiators. The front double bedroom has two sash windows and the rear one has a single sash to garden vistas.

A large single bedroom (also with stripped floors and sash window) of over 9 feet by over 7 sits to the front of the house, while the property’s bathroom sits to the rear, completing the house tour; this is nicely-appointed with neat white sanitary ware including a free-standing bath and brick-style ceramic tiling. An independent shower means you’ve got all the options.

There’s loads going on round this way. The Blackbird Bakery by QRP Station is great for coffee and cake. Mama Dough on Queens Road Peckham is top for pizzas, and Beer Rebellion has a tap-room style and beer list, including local brews. Kudu and Smokey Kudu are super spots for South African small plates and cocktails respectively. The Peckham Coal Line is an exciting linear park project which will connect Peckham's stations. Initial work commences this year.

Peckham’s Rye Lane and Bellenden Road are also close (15 minutes by foot) for independent bars, restaurants and events. We like The Bussey Building & Copeland Park plus Market Building, Peckham Levels, Artusi, The Begging Bowl, Petitou, Anderson’s and The Montpelier pub to name a few.

You’re also close to all things New Cross - including the contemporary art gallery and Curzon cinema within the Goodsmiths Uni campus. The Rose Inn and The Telegraph at The Earl of Derby are nice locals, and Telegraph Hill’s Victorian parks are pretty and offer up great views and a cute Saturday Farmers’ Market. There’s also a weekly Farmers’ Market by Peckham Library (held every Sunday 9am-1pm). Find a modern leisure centre here too.

A short walk from the house, find Brimmington Park; flanked by a beautiful Grade II listed crescent (Clifton Crescent), with active local residents group: ‘The Friends of East Peckham’. Burgess Park, Peckham Rye Park and Common and even Greenwich Park are all but a short bus ride or cycle. 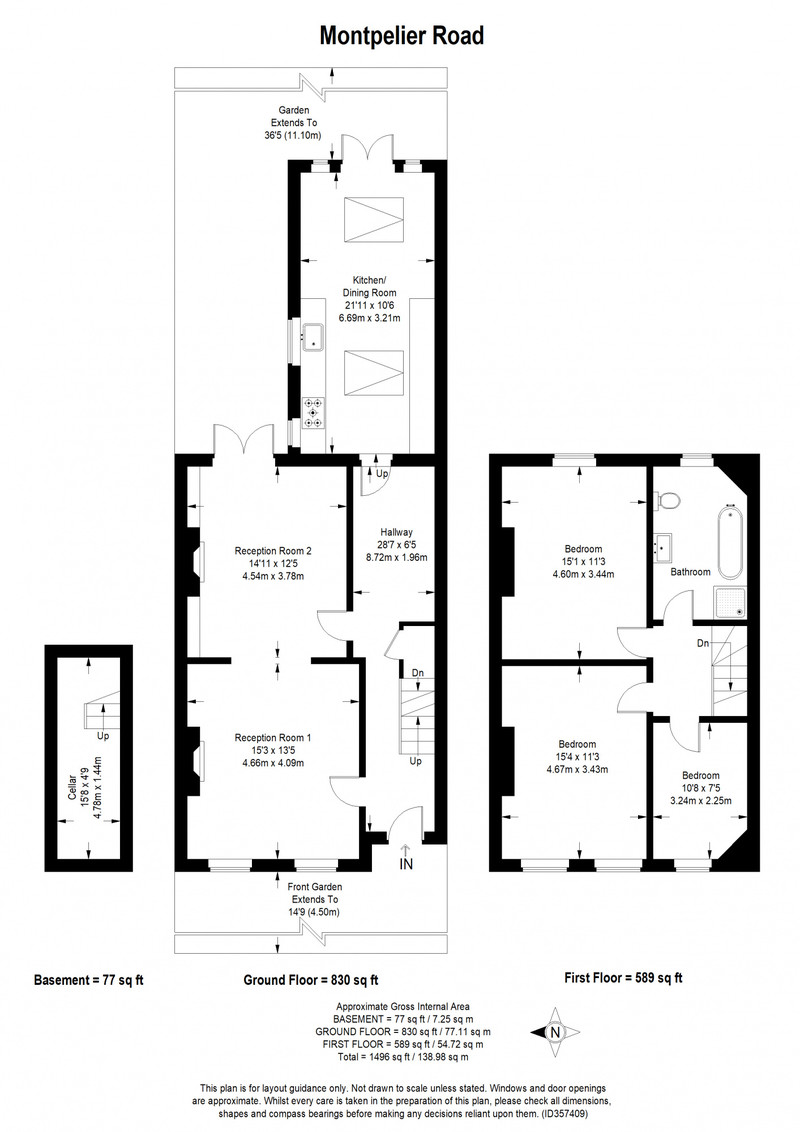