Bay-fronted three bedroom Victorian terrace of 1195 square feet, with a sunny east-facing garden of over 30 feet, and a neat front walled garden with traditional tiled path.

In current configuration, you’ve got a double-reception, a big kitchen/diner and a utility room downstairs, and three bedrooms and a bathroom upstairs. There’s obvious side-return potential; many of your neighbours have extended so.

Location? You’re winning-at-life-close to Bellenden Road, The Belham Primary School, and to Peckham Rye Station (the latter's but an eight minute walk). The Villa Nursery and Pre-Prep. School is also a short walk away on Lyndhurst Grove - 10 minutes by foot.

From the hall, you’ve got your double-reception to your right. Both rooms have beautiful marble fireplaces (the front reception has a wood-burning stove and the rear reception has a cast iron insert), and custom-built alcove shelving - all the way to the ceiling.

Past the handy under-stairs cupboard at the end of the hall, open into the large kitchen/diner - which stretches over 21 feet. Our favourite feature here is a generous larder cupboard. An independent utility room lies beyond the kitchen. A back door from the kitchen area delivers you to the well-stocked back garden (loving the mature Acer here particularly) which is largely laid to lawn, with a deep raised bed running up to the paved area at the foot of the garden.

Up to the half-landing and straight ahead is the first bedroom to garden views. Adjacent is a bright, windowed bathroom - with a modern white suite and an independent shower.

What a spot! Your lovely local high street area is Bellenden Road. Established favourites are Flock & Herd butchery, Review book store, Ganapati, The Begging Bowl, Made Of Dough and Artusi. Petitou cafe - just around the corner on Choumert Road - is perfect for people-watching with your coffee and cake. On Maxted Road itself we recommend Melange (chocolate shop!) and the Ganapati takeaway. Your local pubs include The Victoria Inn, The Prince Albert and The Gowlett.

Venturing only a little further, Lordship Lane is but a 10 minute walk for more options.

Rye Lane is close, too, for hip destinations such as The Bussey Building and Peckham Levels, alongside handy high street shops, markets and banks. And great eateries such as Levan and The Coal Rooms. Camberwell, Nunhead, Dulwich Village and Herne Hill are also a short distance.

Peckham Rye station (Fare Zone 2) will get you to work or to friends/engagements in central London very easily, and there’s exciting regeneration in this area (The Peckham Coal Line linear park for example - the first stages are underway). 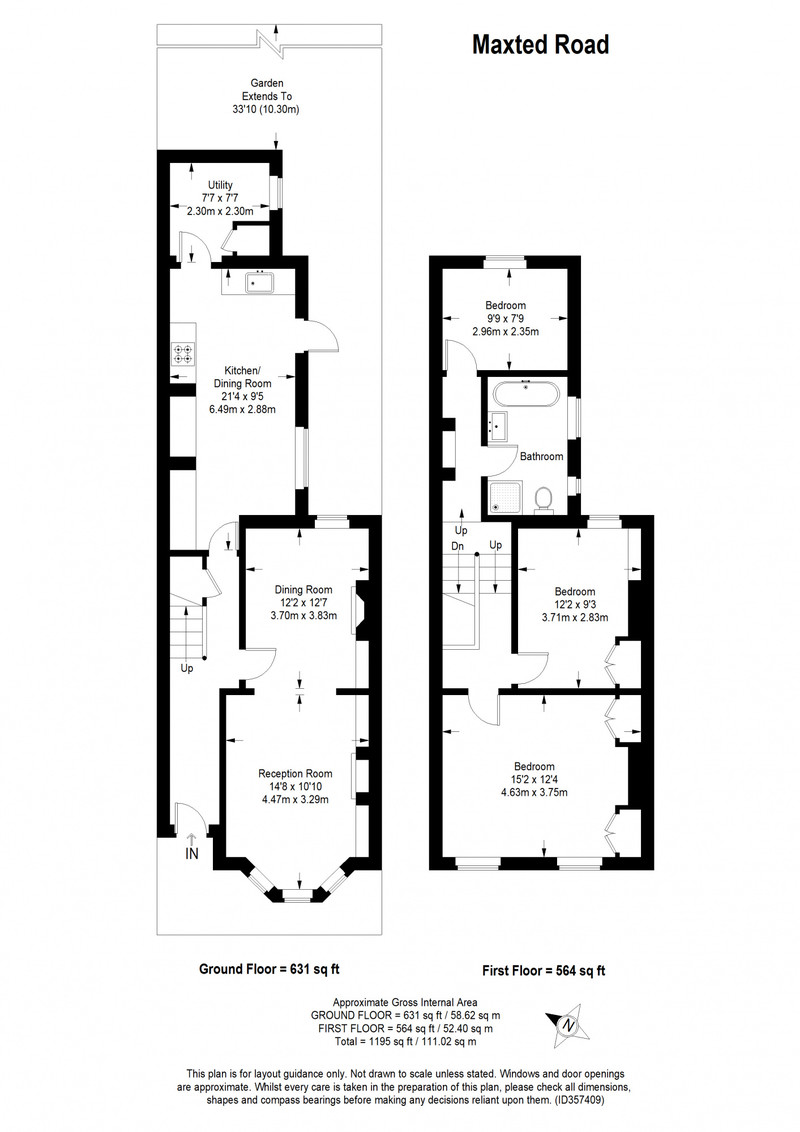