Planning Permission is in place (please see link below) to take the house from its current footprint to 1420 square feet - which will include a side extension and loft pod second floor addition.

From the tiled path and in the front door and two independent reception sit to your right. These are currently used as double bedrooms. At the end of the hall you’ve got an under stairs cupboard to your left, a handy windowed w.c. to your right, and a double-aspect kitchen/dining room straight ahead.

On the first floor you’ve got three double bedrooms (one is currently set up as a reception room) and a windowed bathroom - with white sanitary ware and an independent shower adjacent. The bathroom is set to the rear of the back bedroom. The largest bedroom is at the front of the house - with two sash windows, a feature fireplace, and built-in alcove cupboard.

Local schools are really good round this way and include The Belham and Bellenden primaries. The Villa Nursery and Pre-Preparatory School (2-7) is also well-regarded, on nearby Lyndhurst Grove.

Bellenden Road is close for such delightful restaurants as Artusi, Ganapati, The Begging Bowl and Ganapati (the latter also has a classy takeaway on Maxted Road). Local pubs include The Victoria Inn, The Montpelier and The White Horse. Independent shops on Bellenden Road include Review bookstore, The General Store and Flock & Herd butchery.

Peckham’s main high street, Rye Lane, is close too for trendy hangouts such as Peckham Levels and The Bussey Building & Copeland Park complex, as well as having handy high street shops and fruit and veg stalls. 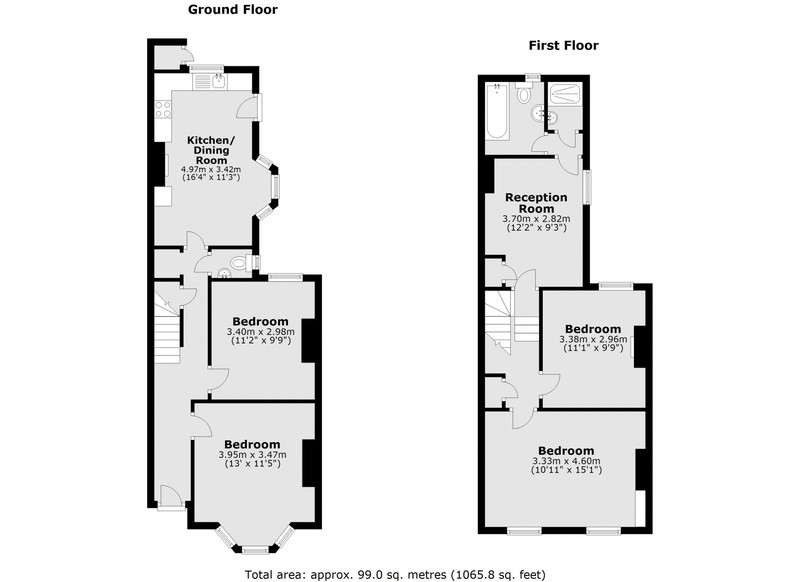