You're just one street away from Bellenden Road, and close to Peckham Rye Station, Rye Lane and The Belham Primary School (walk just a few minutes to each).

At some 1568 square feet, the house is a brilliant proposition for a grown or growing family - or equally suitable for those who like to entertain or/and need space to work from home. There’s permit-parking on-street.

A front garden sets you back from the street. The huge reception room (once two rooms) is 23 feet in length, and has a working fireplace and bay window to street views. This space is open to a recently-added dining space that’s wonderfully bright thanks to the south-westerly orientation (bi-fold doors open to the low-maintenance garden space) and two large skylight windows.

The kitchen/diner is 20 feet wide, and the double-aspect dedicated kitchen area is fitted with plenty of wall and base units. There’s also a breakfast bar.

On the first floor, find three of your four bedrooms. The master bedroom with bay window takes the width of the house, and has painted floorboards and handy built-in eaves wardrobes. The sweeping vista down the street is both lovely and architecturally interesting; Elm Grove and Highshore Road serve up some of Peckham’s finest property stock!

The house has both bath and shower rooms. Both are on the first floor and both have been recently refurbished and have white sanitary ware.

It’s up to the second floor for the fourth (double) bedroom with more classy views - which include London skyline ones. Large eaves cupboards solve the commonly-raised storage query, and allow for easy access of stored bits.

Peckham Rye Station is close for the commute or venturing out, or grab a bus from nearby Rye Lane or Peckham High Street. Peckham Rye station is Fare Zone 2 and is on the Overground network.

Bellenden Road is a brief walk for independent cafes, restaurants and shops. Our favourites include Artusi, Ganapati, Made of Dough, The Begging Bowl and Review bookstore. And Levan, The Coal Rooms and Il Giardino are delicious and worthy of note - on Blenheim Grove. Rye Lane is close too for The Bussey and Market Buildings, plus handy high street shops and services and trendy bars and eateries.

Local pubs include The White Horse, The Prince Albert, The Montpelier and The Vic(toria) Inn. For more options for socialising or shopping, you’re walkable to Camberwell and Dulwich (15-20 minutes).

At the top of Warwick Gardens on Azenby Road is The Villa Nursery and Pre-Preparatory School (2-7). You’re also very close to The Belham Primary School (run by Dulwich Hamlet Educational Trust) and to Bellenden Primary.

Peckham's already on the map and there's even more to come - including The Peckham Coal Line, and the regeneration of and around Peckham Rye Station. 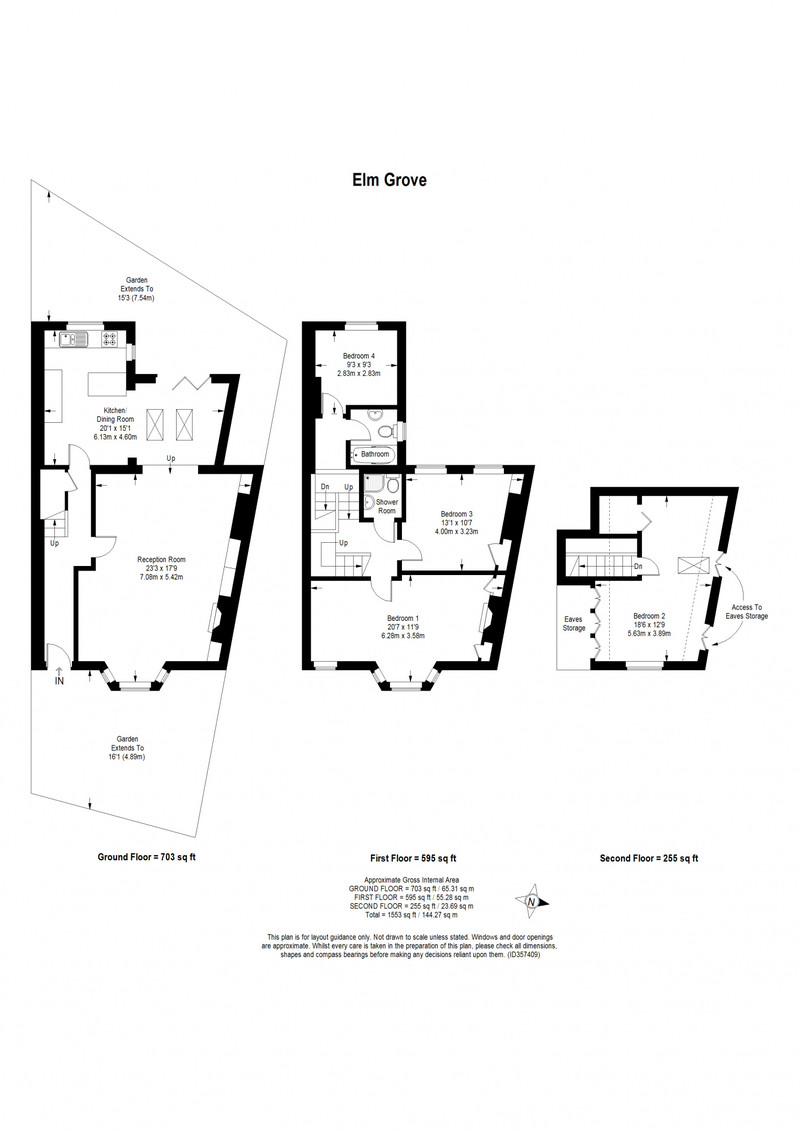