Four full floored early-Victorian townie of 2021 square feet, with a west-facing (with a twist of south) rear garden, which extends over 65 feet.

The house has been in the same family for several decades and is being sold chain free, ready for renovation. There’s also obvious extension potential.

The property offers a huge amount of flexibility... with its two entrances at lower ground and raised ground floor levels, and many generously-proportioned rooms: four reception rooms (one or more of these could be used as bedrooms), four bedrooms, a kitchen and two bathrooms.

The location’s a delightfully quiet and tree-lined street - once a ‘show street’ - displaying many styles of homes to order.

Peckham Rye Station is an eight minute walk for both Overground and regular Fare Zone 2 rail services. Bellenden Road, Warwick Gardehs and The Villa Nursery are also pleasingly-close. Permit parking is available on the street for residents.

The official front door (the other is found under the front steps) is up a few steps. You open into the high-ceilinged hall, with two formal reception rooms to your left. Both rooms retain their original window shutters and have marble fire surrounds. To the rear of the floor is a big basic bathroom with the boiler and door to steps to the garden (you can access the garden from downstairs as well).

On the first floor you’ve got two double bedrooms. The one to the rear (garden views here) is 13 feet by over 10 feet. The front master bedroom is over 16 feet by 13 feet, with two windows to pretty street views.

The second floor hosts two further generous bedrooms - of 13 feet by over 10 feet, and over 16 feet by 13 feet. The floor and tour is concluded with a windowed shower room.

Little ones? Schools are excellent in this area: local families use The Villa Nursery from 2 years, which also has a Pre-Prep. School to age 7, and Lyndhurst, The Belham and Bellenden Primary Schools, plus the Dulwich independent schools; which are just a short drive away.

Bellenden Road and Choumert Road are but a short walk for independent shops, cafes, pubs and restaurants (not a chain in sight). We love Petitou for coffee and people-watching, Review for books, Ganapati (the best Keralan food you’ll find outside of Kerala), Artusi, The Begging Bowl, Flock & Herd and The General Store. There are also a couple of hair salons and a new florist. Your local pubs are The Victoria Inn, The Montpelier and The Prince Albert.

Rye Lane is also seriously local for fruit and veg stalls, The Bussey Building and Copeland Park, Peckham Levels (and their respective rooftop bars) and handy high street offerings - supermarkets, banks, Boots and the like.

Peckham’s already a hot spot, but there’s even more to come: Peckham Rye Station, for example, is undergoing substantial refurbishment and improvement, as is the area immediately surrounding it. And The Peckham Coal Line (linear park) is one to Google. 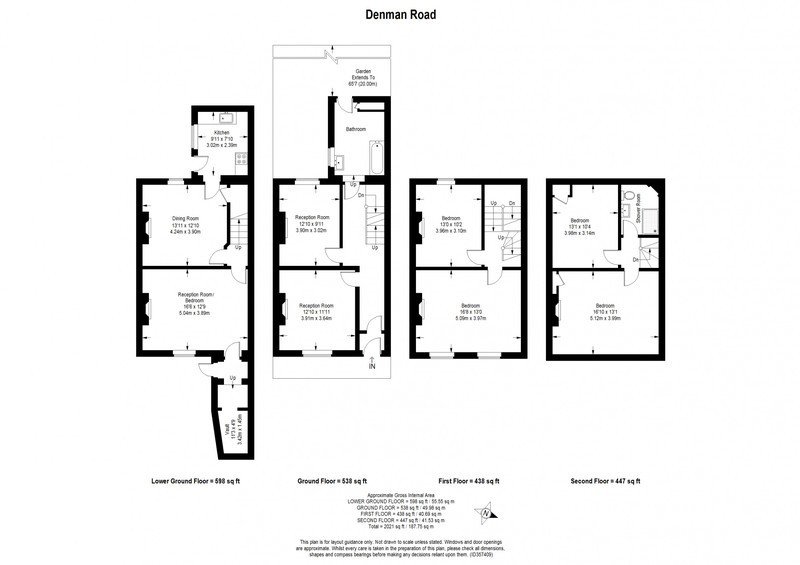