Find the property on on a pretty residential street within Hatcham Conservation Area. You’re just a nine minute walk from New Cross Gate Station (Fare Zone 2, one stop to London Bridge, on the London Overground network, and next to a handy big Sainsbury’s), and just a three minute walk from an excellent primary school (with impressive architectural treatment by jestico + whiles).

From the hallway you have the through-reception to your right, which stretches over 24 feet. Built-in alcove storage, twin fireplaces and an on-trend wood-burner to the front reception are all very welcome features.

At the foot of the hall you’ve got a back door to your right. Straight ahead’s the herringbone-floored eat-in kitchen/diner extending over 17 feet, with smart gloss white units and recessed lighting. French doors deliver you to the paved area of the sunny garden.

Upstairs you’ve got a double-aspect bedroom set to the rear. Adjacent is the property’s windowed bathroom (recently installed and contemporary in style, with brick-style tiling and an over bath shower).

Two further bedrooms await. The large master bedroom is over 15 feet by over 11 feet, with twin sashes and alcove closets, and the third bedroom (to garden views) is 11 feet by over 9. All the bedrooms are carpeted. Access loft storage from the landing space.

Some area blurb: Hatcham CA is a quiet residential pocket of south London, little-known to most. From 1614, the land was owned by the Worshipful Company of Haberdashers. When the manor house (named 'Hatcham Park’) was demolished circa 1840, terraced homes were permitted to be built. Rescued from proposed demolition in the seventies, Hatcham Conservation Area was designated by Lewisham Council in 1990. ‘Hatcham’ derives most likely from Anglo Saxon; meaning ‘a clearing in the woods’. Reputedly, Charles Dickens wrote ‘Our Mutual Friend’ in The Five Bells pub (1864-5).

Stroll - past more handsome Victorian housing stock - just nine minutes to New Cross Gate Station. There are also plenty of day and night bus routes within a short walk of the house to Elephant & Castle and beyond, or to Peckham, Deptford, Greenwich, Brockley and Lewisham.

Local eateries and drinkeries of note include The Rosemary (Hungarian, organic, delicious) and The Rose Inn.

Nip down to neighbouring SE15 for others, including Peckham Bazaar, Ganapati (who deliver to New Cross - you need to know this), Artusi, Peckham Levels, Miss Tapas, Taco Queen and Mr Bao.

Deptford has quite the gastronomic offering too, with Marcella, Winemakers, The Tapas Room and a warm, European vibe, with a choice of hip hangouts in Deptford Market Yard and surrounds. Deptford also has a cool theatre: The Albany, and a modern leisure centre with lane pool.

New Cross is home to Goldsmiths University with a Curzon cinema and a contemporary gallery - both tucked off the main road on campus, but open to the public.

Local parks include Telegraph Hill (Upper and Lower, with Saturday Farmers’ Market, or hop on a bus down to Brockley Market), Southwark, Deptford and Fordham Parks.

Grab your fresh loaves from Blackbird Bakery by QRP station, or at Ayres on nearby Nunhead Lane. While you’re in Nunhead, Bambuni deli and Soper’s wet fish shop are established can’t-live-without staples. El Vermut and Babette are also not to be missed.

Kids or thinking of? Your most local primary schools are Haberdashers' Aske's Hatcham Temple Grove (which feeds to the secondary based in New Cross’s other Conservation Area and is just 150 metres away), Edmund Waller and Kender. 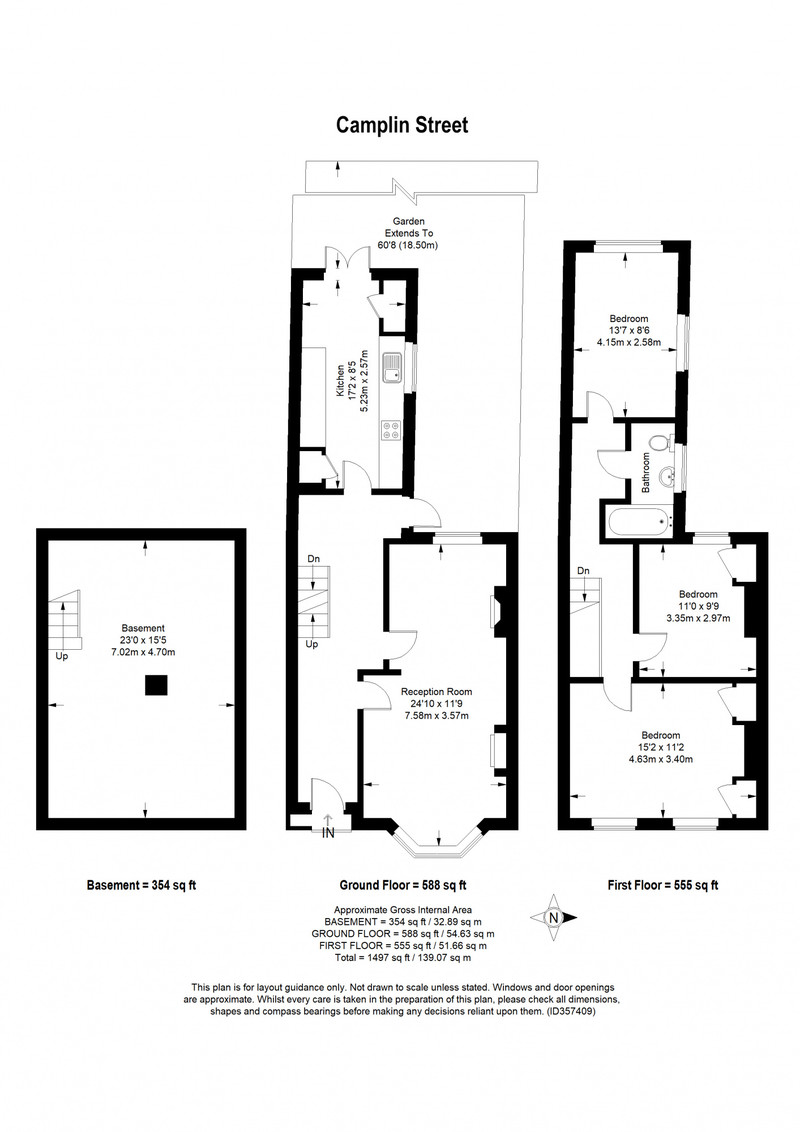