Ex-LA maisonette of 902 square feet with its own front door, in a leafy Conservation Area spot, within a low-rise block on Camberwell’s very best street. The flat functions well (and is double-glazed throughout) but will benefit from updating/renovating. There’s a large communal garden (to the rear) and there's a little private balcony too - off the reception. Leasehold.

The flat’s approximately half way up Camberwell Grove; a street which is well-known for its very beautiful architecture - Georgian in the main - which follows the line of a grove of plane trees which once led from a Tudor manor house south to the top of a hill (which afforded an excellent view of the City of London). In 2012, the des-res that is CG was dedicated a charming episode in the BBC series in ‘The Secret History of Our Streets’ - well worth a watch.

The flat is set over second and third floors, with the front door on the second floor. In the front door and to your right is the eat-in kitchen. Set to the rear of the property you’ve got your large and sunny reception room, of over 16 feet by over 14 feet. There’s plenty of space to zone seating and dining areas, and a neat balcony is accessed from one corner - with views to the large shared garden.

Take the stairs from the hall area for the third floor rooms: these are three bedrooms (two doubles and one single) and an internal shower room. Two of the bedrooms have built-in closets, and there’s a landing cupboard also - perfect for linen.

For little ones, popular local primary schools include Lyndhurst and Dog Kennel Hill. The Villa Nursery and Pre-Prep. School are also nearby, on Lyndhurst Grove (2-7). Lettsom Gardens is a top local secret space with woodland and allotments (get your key for a nominal yearly fee). Local larger parks include Ruskin Park, Warwick Gardens, Burgess Park, Peckham Rye Park and Common, Goose Green and Brockwell Park.

London Bridge, London Victoria, Clapham Junction, Kings Cross St Pancras and Canary Wharf (via Canada Water) are all quickly reached - with multiple transport options close by. As well as the earlier-mentioned local stations, there are lots of useful bus routes just a few minutes from your door.

Local social hubs include Bellenden Road (check out The Sourcing Table, Artusi and Ganapati), Rye Lane (for Forza Wine and Peckham Levels, The Bussey Building and more), Camberwell Church Street (in central Camberwell we like Theo's, Momo, The Camberwell Arms, Silk Road and Nandine) and Lordship Lane (for Terroirs, The Cheese Block, SMBS Foods and Franklin's). A large Sainsbury’s store is local on Dog Kennel Hill, or nip down to the M&S Food Hall on Lordship Lane.

Grove Lane Deli serves delicious fresh loaves on nearby Grove Lane, where you'll also find The Crooked Well - both pub and classy restaurant. Grove House Tavern is a cool local pub too, recently taken over by the folks behind The Montpelier.

The South London Gallery is a short stroll away, and Camberwell leisure centre at the foot of Camberwell Grove (on Artichoke Place) has a good range of classes plus gym and swim facilities. Also at the foot of the hill is Butterfly Tennis Club, with Zen Yoga studio next door. 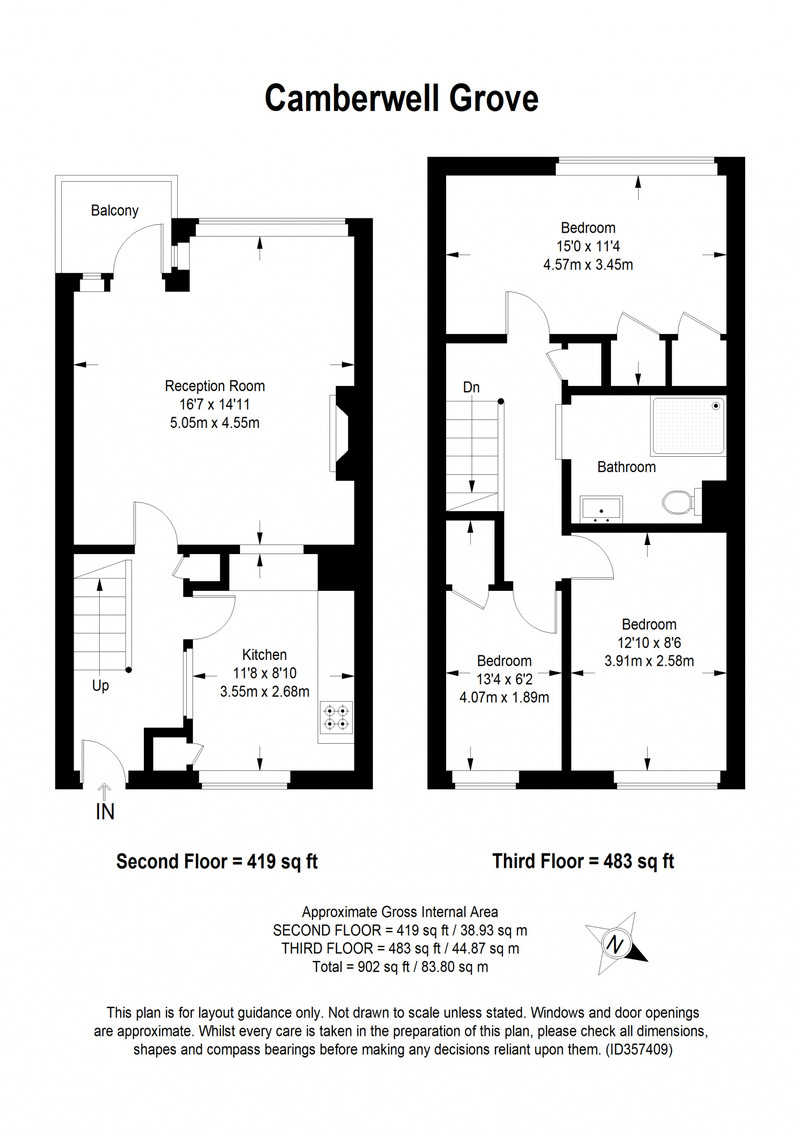