Enhanced three double bed Victorian home that’s just an eight minute walk from New Cross Gate Station - close to Haberdashers' Aske's Hatcham Temple Grove Primary School. A generous basement and south-facing garden of over 30 feet are real bonus features, and the property’s classy eat-in kitchen has been architecturally-treated - with smart and folding timber-framed doors delivering you to the garden (in addition to the French doors at the rear).

In the front door into the hall space, and a pocket door to your left delivers you into the double reception, which extends over 24 feet. French doors open from the second reception space to the side return area of the garden. In the front reception, plantation shutters, an old school style radiator and wood-burning stove are all welcome features.

Moving through the hall, turn right to access the cellar space (which is massive!), then next on your left is a windowed downstairs/guest w.c. To your right you’ve built-in cupboards/plumbing for laundry. On through (another cool pocket door) and you land in the sunny eat-in kitchen which has been carefully renovated, with plentiful wall and base units, wooden counters, brick-style tiling, a vertical radiator, recessed lighting and a double Butler sink teamed with traditionally-styled taps.

The garden’s a neat and low-maintenance affair, with both decked and lawned areas. You’ll enjoy day-long sun here thanks south-facing orientation, with a twist of west.

The first floor is home to three double bedrooms and the main bathroom. The first bedroom’s set to the rear of the house - at over 13 feet by over 8. It’s particularly bright as it’s double-aspect. The modern windowed bathroom next door has an over-bath shower and large format tiles.

The master bedroom is over 15 feet by nearly 11, and has built-in wardrobes to both alcoves, pale carpet, and plantation shutters. Adjacent is the third bedroom of over 11 feet by over 10 feet, with built-in alcove storage. Access handy lofty storage from the landing area.

Hatcham CA is a little-known yet well-connected residential pocket of south London. From 1614, the land was owned by the Worshipful Company of Haberdashers; when the manor house (named 'Hatcham Park’) was demolished circa 1840, terraced homes were permitted to be built to strict specifications. Saved from proposed demolition in the seventies, Hatcham Conservation Area was designated by Lewisham Council in 1990.

We’re big fans of New Cross which plays host to a growing number of pubs and eateries, including The Rosemary. The White Hart, The Rose Inn, The New Cross House, The Telegraph at the Earl of Derby and The Amersham Arms.

Thanks to Goldsmiths University, New Cross also has a contemporary art gallery and Curzon cinema - both are open to the public. Deptford, Greenwich (both have great markets) and Peckham Rye are all close for weekend markets and wanderings. Surrey Docks Farm is a good outing too. Pick up your fresh loaf from Blackbird Bakery by QRP station, or at Ayres on nearby Nunhead Lane.

While you’re in Nunhead, Bambuni deli and Soper’s wet fish shop and El Vermut are also good places to call in to. For the regular ‘big shop’, the big Sainsbury's by New Cross Gate station will serve you well. 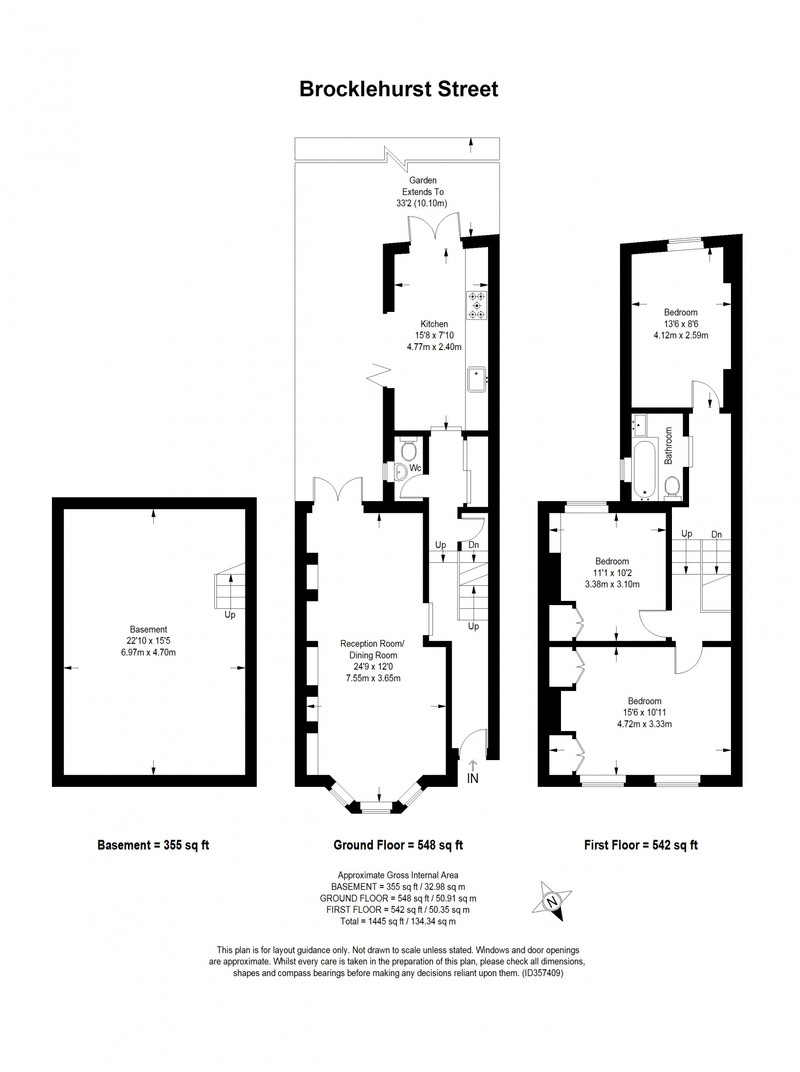