Architecturally-treated three double bedroom Victorian terraced house of 1325 square feet, over two floors. You also have a handy cellar and a delightful garden - which extends over 40 feet. Parking is currently unrestricted on the street.

Walk only seven minutes to New Cross Gate Station: Fare Zone 2, one stop to London Bridge, on the London Overground network, and next to a big Sainsbury’s store.

In the front door and the two formal reception rooms are set to your left. Feature fireplaces and stripped floors feature in both rooms, and the front room has a beautiful bay window.

Access the rear room via the second reception or hall; via on-trend Crittall-style doors. You land in an impressive multi-use room of over 21 feet by over 15 feet, incorporating the former side return, with two skylight windows. You’ve got natural kitchen and dining spaces, and a wonderful window seat and picture window. This room's equally suited to day to day life, or entertaining your best ones.

The fitted kitchen is modern in style - with poured concrete counters, brick-style tiling, and a cool island/bar. Slick wall and base units offer plenty of storage and these hold your integrated appliances, too.

Folding doors provide access to the paved area of the garden, before a generous lawn space and a bevy of well-established fruit trees (cherry, apple, pear and plum) plus flowering plants which you'll enjoy from spring through to autumn. Neighbouring gardens pleasingly border yours on all sides.

Access the useful cellar space from the hall, under the stairs.

Up to the half-landing and you’ve got your windowed bathroom to your right - this has a contemporary white suite (including a free-standing bath), an independent shower, and designer wallpaper. As throughout, fixtures and fittings have been carefully chosen.

Next door is a good-sized double bedroom - with white-washed floor boards, accent wall, and a modern-style window which boasts both bespoke window shutters and garden vistas.

From the landing proper you have another double to your right (this one’s over 11 feet by over 10 feet, with alcove closet and shelving), and the twin-sashed master bedroom - which takes the width of the front of the house. This is over 16 feet by over 11 feet, and has a bank of big built-in wardrobes, plus alcove shelving.

The area? Hatcham CA is a little-known residential pocket of south London. From 1614, the land was owned by the Worshipful Company of Haberdashers. When the manor house (named 'Hatcham Park’) was demolished - circa 1840 - terraced homes were permitted to be built.

Rescued from mooted demolition in the seventies, Hatcham Conservation Area was designated by Lewisham Council in 1990. ‘Hatcham’ derives most likely from Anglo Saxon; meaning ‘a clearing in the woods’, and reputedly, Charles Dickens wrote ‘Our Mutual Friend’ in The Five Bells pub (1864-5).

Stroll - past further easy on the eye Victorian housing stock - just seven minutes to New Cross Gate Station. There are also plenty of day and night bus routes within a short walk of the house to Elephant & Castle and beyond, or to Peckham, Deptford, Greenwich, Brockley and Lewisham. You can also cycle into the city easily (15-20 minutes for Westminster, for example).

Local eateries and drinkeries of note include The Rosemary (Hungarian, organic, delicious), and The Rose Inn. And Smokey Jerky is a must-know-about.

Deptford has quite the gastronomic offering - with Marcella, Winemakers, The Tapas Room and a warm European vibe, with a choice of hip hangouts in Deptford Market Yard and surrounds. Deptford also has a cool theatre: The Albany.

New Cross is home to Goldsmiths University with a Curzon cinema and a contemporary art gallery - both tucked off the main road on campus, but very much open to the public.

Local parks include Telegraph Hill (Upper and Lower, with Saturday Farmers’ Market, or hop on a bus down to Brockley Market) and Fordham Parks.

Grab your fresh loaves from Blackbird Bakery by QRP station, or at Ayres on nearby Nunhead Lane (where a ‘white tin’ is still a thing). While you’re in Nunhead, check out Soper’s wet fish shop and El Vermut and Mother Superior bottle shops.

Kids or thinking of? Your most local primary schools are Haberdashers' Aske's Hatcham Temple Grove (which feeds to the secondary school based in New Cross’s other Conservation Area), Edmund Waller and Kender. Deptford Green is a second well-regarded local secondary. 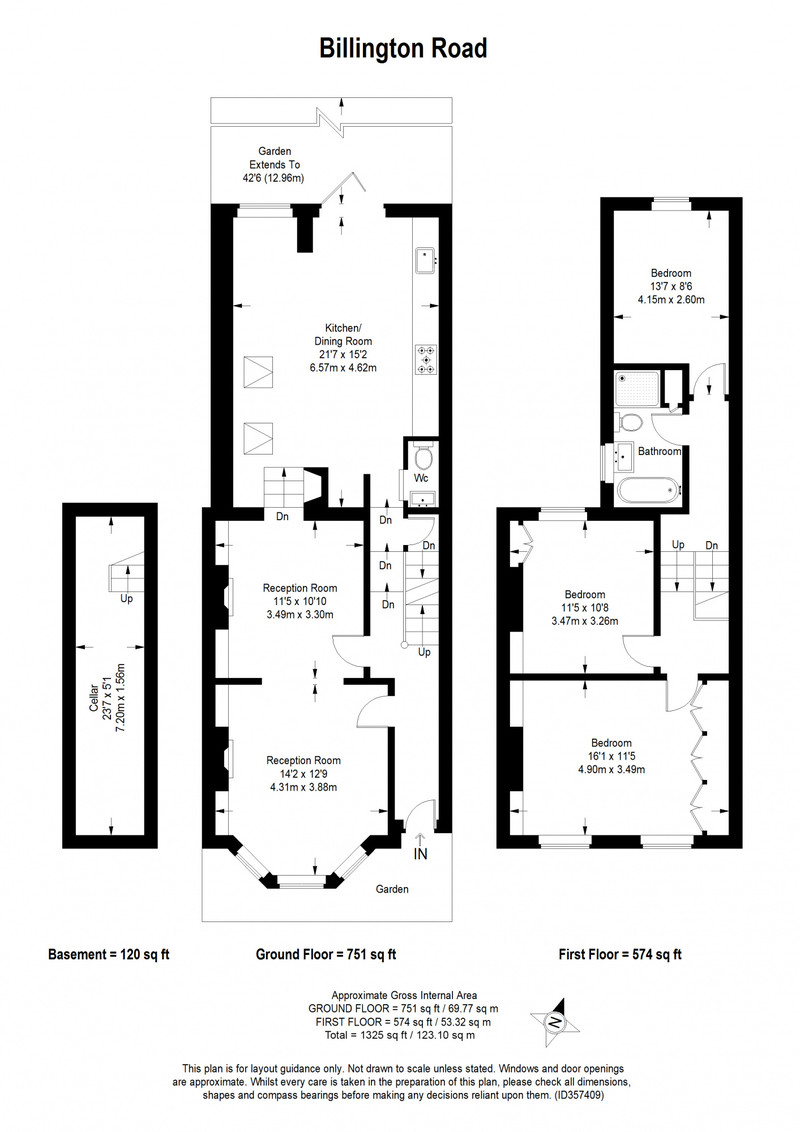