With an impressive architectural treatment (by excellent local practice; Gruff), this three bed, two bath bay-fronted Victorian terrace packs a mighty punch and measures in at 1459 square feet - excluding the large and useful cellar (there's London-roof loft storage too). The accompanying pro-landscaped garden is well-established and extends over 50 feet.

Find the handsome home on a quiet residential side street within Hatcham Conservation Area, really close to Haberdashers' Aske's HTG Primary School, and within east walking distance of HA Secondary.

Walk just seven minutes to New Cross Gate Station: Fare Zone 2, one stop to London Bridge, on the London Overground network, and next to a big Sainsbury’s store. Parking is currently unrestricted on the street.

A neat front garden with well-tended hedging sets the house back from the pavement. Once in your front door, you’ve got the traditional double reception situation happening to your right. These rooms are over 14 feet by over 11 feet, and over 11 feet by over 10 feet. Stripped floors, fireplaces and custom-made alcove storage tick boxes from the off. (Should it suit your setup better, either or both of these rooms could work as full-time or occasional guest bedrooms instead.) Bespoke double-glazed French doors open from the second reception to a small courtyard space, where you’ll note a door opens to here from the kitchen too.

At the end of the hall you’ve got a custom-made built-in shoe and coat storage system, plus cellar access - to your left, and a pocket-doored and windowed shower room to your right. This has brick-style tiling and contemporary sanitary ware and fittings.

The main event awaits at the foot of the hall: the huge kitchen/dining room/rear reception - which stretches over 27 feet by over 15. Wall-spanning folding doors deliver you to the paved area of the gorgeous garden (and also provide a delightful and private view from the house). To the floor you’ve got high-grade and hardest-quality Italian designer porcelain floor tiles by Settecento (and underfloor heating). The fitted kitchen is a smart German-made affair with Quartz silestone worktops. Neo-conservation rooflights are from the Rooflight Company. It's all very classy as well as practical.

Up to the first floor and from the half-landing you’ll first find a modern skylit bathroom (with contemporary sanitary ware, lots of fixed storage, and an over bath shower), and a large stripped-floored double bedroom to garden views; of over 9 feet by nearly 14 feet.

From the main landing you’ve got a good second double bedroom to your left - with painted boards to the floor, a slim alcove closet plus built-in bookshelves, and a big sash window onto garden vistas. Finally you have the twin-sashed stripped-floored master bedroom to the front of the house. This is over 16 feet by over 11 feet. Both of these bedrooms have pretty Victorian feature fireplaces.

The area? Hatcham CA is a calm residential pocket of south London, little-known to most. From 1614, the land was owned by the Worshipful Company of Haberdashers. When the manor house (named 'Hatcham Park’) was demolished circa 1840, terraced homes were permitted to be built. Rescued from proposed demolition in the seventies(!), Hatcham Conservation Area was designated by Lewisham Council in 1990.

Some more local history... ‘Hatcham’ derives most likely from Anglo Saxon; meaning ‘a clearing in the woods’, and reputedly, Charles Dickens wrote ‘Our Mutual Friend’ in The Five Bells pub (1864-5). And house-specific history: the building once ran as a printing press in the early C20th. It was known as 'The Billington Press'.

Stroll (past further handsome Victorian housing stock) just eight minutes to New Cross Gate Station. There are also plenty of day and night bus routes within a short walk of the house to Elephant & Castle and beyond, or to Peckham, Deptford, Greenwich, Brockley and Lewisham.

Local eateries and drinkeries of note include The Rosemary (Hungarian, organic, delicious), and The Rose Inn. And Smokey Jerky is a must-know-about.

Deptford has quite the gastronomic offering now too - with Marcella, Winemakers, The Tapas Room and a warm European vibe, with a choice of hip hangouts in Deptford Market Yard and surrounds. Deptford also has a cool theatre: The Albany.

New Cross is home to Goldsmiths University with a Curzon cinema and a contemporary art gallery - both tucked off the main road on campus, but very much open to the public.

Local parks include Telegraph Hill (Upper and Lower, with Saturday Farmers’ Market, or hop on a bus down to Brockley Market) and Fordham Parks. Grab your fresh loaves from Blackbird Bakery by QRP station, or at Ayres on nearby Nunhead Lane. While you’re in Nunhead, check out Soper’s wet fish shop and El Vermut and Mother Superior bottle shops.

Kids or thinking of? Your most local primary schools are Haberdashers' Aske's Hatcham Temple Grove (which feeds to the secondary school based in New Cross’s other Conservation Area), Edmund Waller and Kender. Deptford Green is a second well-regarded local secondary. 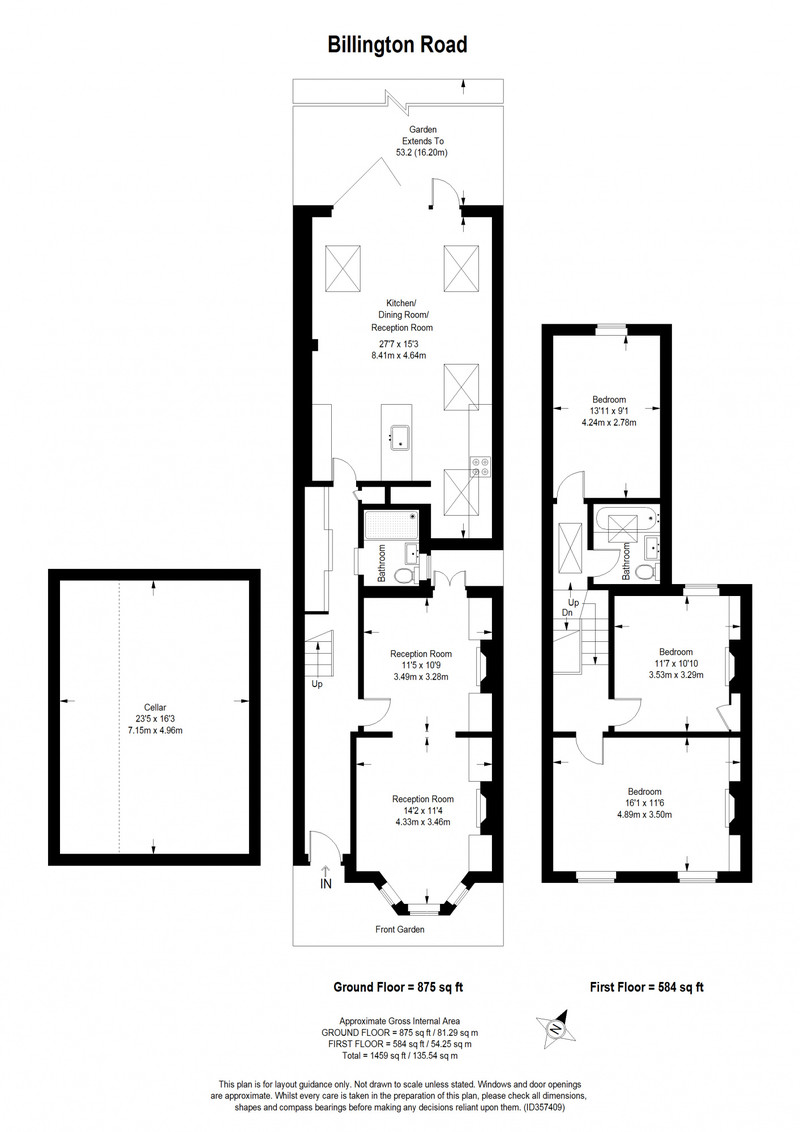