Well-placed three double bedroom maisonette of 1088 square feet, with its own front door (at ground floor level on Maxted Road) and a private terrace (at first floor level - off the kitchen).

Find it in corner position, above Sam’s Kebab: a long-established and friendly SE15 staple. Leasehold.

This is one of the Peckham Rye area's best streets... Bellenden Road has handsome late-C19th homes (in the main) of varying styles and sizes, with an independent high street/village-style area - popular with locals and visitors alike.

Back to the big and bright property. It is currently let. It could do with updating, but boasts double-glazing throughout and a fair few period (Victorian) features (we like the high ceilings particularly). It will clearly make for a very rewarding refurbishment.

On the first floor, you’ve got your independent kitchen (plenty of fitted wall and base units in here), double bedroom number one, and a glorious double-aspect reception (there’s enough space for both dining and seating zones).

The second floor hosts a windowed bathroom plus a windowed room with shower next door, and two further double bedrooms - the largest of which sits above the reception, boasting a double-aspect again.

What a spot. Peckham Rye Station (Fare Zone 2, and on the London Overground network) is an easy six minute walk, and some of our favourite places, on your doorstep, include Review book shop, The Sourcing Table, The General Store, Flock & Herd butcher, The Begging Bowl, Ganapati, Artusi, Made of Dough, Petitou, Levan, The Coal Rooms and Melange.

Central Camberwell is also close for The South London Gallery and more (The Camberwell Arms is tough to beat for grub and grog).

Local pubs to you include The White Horse, The Montpelier, The Victoria Inn, The Prince Albert and The Gowlett.

Peckham's already ‘made it’ - but there's even more to come! Including on ever-exciting Rye Lane (the fairly new Market Building an example), the regeneration of and around Peckham Rye Station, and The Peckham Coal Line.

Warwick Gardens is your nearest green space, and Peckham Rye Park and Common isn't far by foot. Goose Green, Ruskin, Brunswick, Burgess and Dulwich Parks are also worthy of weekend wanders. Lettsom Gardens up the road is also a good ‘secret’ one to find - locals can get a key for a small fee. 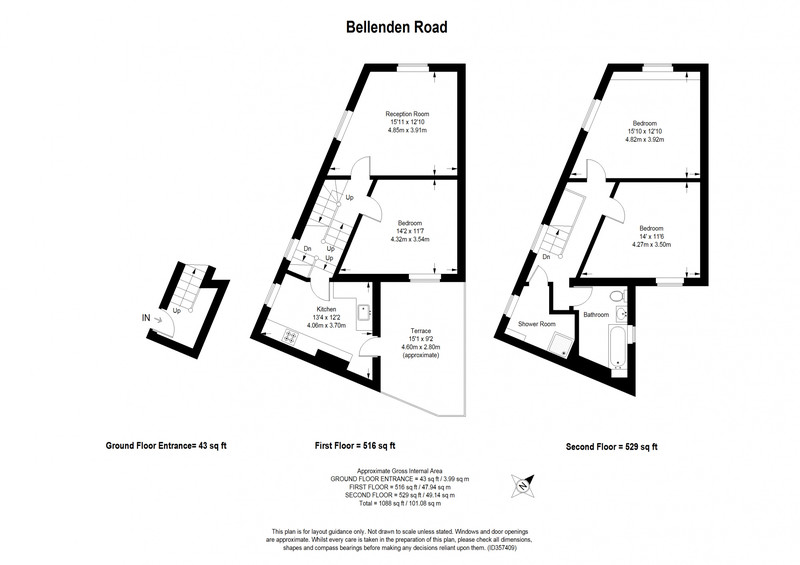