Victorian terraced townhouse of over 1700 square feet over three full floors, and with four double bedrooms, accompanied by a pro-landscaped south-facing garden.

This is one of Peckham Rye's favoured streets - close to The Belham Primary School, the independent shopping section of Bellenden Road, and Warwick Gardens. You're but a six minute walk from Peckham Rye Station (Fare Zone 2). East Dulwich Station is an 11 minute walk.

Beyond the excellent extended living/dining space downstairs, the handsome home boasts new wiring and radiators, two entrances, both bath and shower rooms, and an independent utility room. And there’s potential to extend the house further: two additional bedrooms and a bathroom could be added (relevant permissions obtained), should you need more space in the future. Permit-parking is on-street.

Entering at lower ground floor level, you are greeted by an impressive kitchen with bar area - where we’re loving the smart stone counters and solid wood floors particularly. The slick kitchen's been fitted and kitted-out to a very high standard under the direction of the current owners (one a trained chef), and this floor has high-end Eyeconic lights on a layout planned by a lighting designer; providing many options for different moods/settings.

A neat utility room is accessed off the kitchen, as is a handy shower room/guest w.c. Beyond which, you have a bright and generous reception area with pleasing modern features - which include under floor heating (the heating throughout the house is controlled via Nest thermostats), an installed projector and integrated sound system, a wall-mounted wood burner, a huge roof light, and folding double-glazed doors which run almost the whole width of the building, and deliver delightful garden views.

The garden has paved, lawned and decked zones, plus well-stocked flower beds. Power runs to the back deck, and you’ve got lighting and a sprinkler system, too.

From the front door on the upper ground floor, you open into a smart hall with original cornice and corbel detail. Two double bedrooms (both with built-in alcove storage and solid wood floors) are set to your left. The front room is 12 feet by over 11 feet, and the adjacent room is over 11 feet by over 9 feet.

At the rear of the floor is a large bathroom with twin sinks and both bath and independent shower. Further box-tickers here include under floor heating, ceramic brick-style wall tiles, mirrored cabinets, under-basin storage, and a sash window to garden vistas.

Up to the first floor and you’ve got bedrooms three and four: both are newly-carpeted and have built-in alcove closets. The master bedroom is over 15 feet by over 11 feet, and has a Victorian feature fireplace and (as do all the front windows) bespoke shutters.

What a strong spot to call home! Peckham Rye Station is a short walk for regular and Overground services, and therefore an easy commute to the City, West End and Canary Wharf.

Bustling with independent shops, restaurants and coffee shops, you needn’t leave your nearest network of streets of a weekend: The Begging Bowl, Ganapati, Artusi and Levan all come highly recommended. For an artisan loaf or coffee, pop down to The General Store.

You're also close to Brick Brewery, Forza Wine, The Bussey Building, Peckham Levels, and in summer - Frank's hipster-tastic rooftop bar. With great local pubs (The Victoria Inn, The Montpelier and The Prince Albert), schools and nurseries (The Belham and The Villa to name a couple), Peckham's already on the map, but there's even more to come! Including the regeneration of and around Peckham Rye Station, and The Peckham Coal Line linear park. 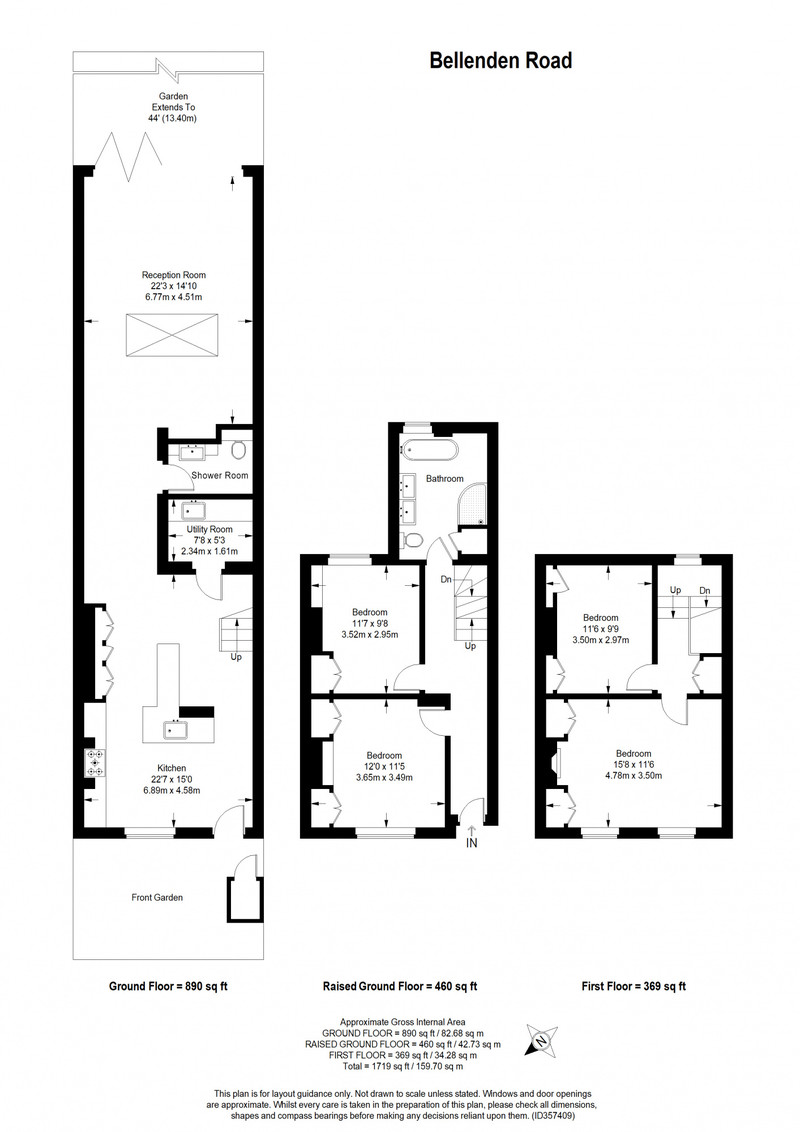