The pretty pad delivers a neutral decorative scheme, seriously-impressive ceiling height throughout, generous built-in storage, a large communal garden (this is accessed via the side of the building), and a long lease. Parking is unrestricted on-street.

Up a few stairs for the front door and your communal hall; shared with two other flats. You open into a hall area with big built-in storage cupboards to your right. Left off the hall and it’s a left turn into the large living room of over 15 feet by over 12, with picture rail and two huge twin sash windows to street views. Built-in storage (shelving and cupboards) is in one alcove and the other alcove area is an obvious position for formal or casual dining.

The adjacent room - set to the rear of the property and overlooking the large communal garden (lovely and peaceful) - is the carpeted double bedroom with built-in wardrobes in each alcove.

The bathroom door is set opposite the bedroom door, and this room’s a simple, modern white affair with pale tiling, and has a good-size window.

The kitchen’s the last point on the tour. Tall, timeless and pale units are fitted in here, making the most of the epic ceiling height! Other welcome features are pleasing, leafy views from the large window, gloss black tiles, wooden counters and a ceramic Butler sink.

Over the street, you’ve got Queens Road Peckham Station - where London Overground trains have been improving the already-strong connectivity to all London destinations since 2012. It’s just two stops to London Bridge.

In one of the arches, Blackbird Bakery is a popular spot for coffee, cake and pizza nights. Mamma Dough, Kudu (restaurant and cocktail bar offerings), Peckham Cellars, Well & Fed, Pedler and Beer Rebellion are also popular and mere minutes away. Another local restaurants of note is Peckham Bazaar on Consort Road - be sure to book ahead.

You’re but a 15-20 minute walk from Peckham Rye Station, Rye Lane and Bellenden Road and surrounding streets - where great food can be found at eateries that include Tonkotsu, Forza Wine, Levan, The Coal Rooms, The Begging Bowl, Artusi and Ganapati, among many other spots. 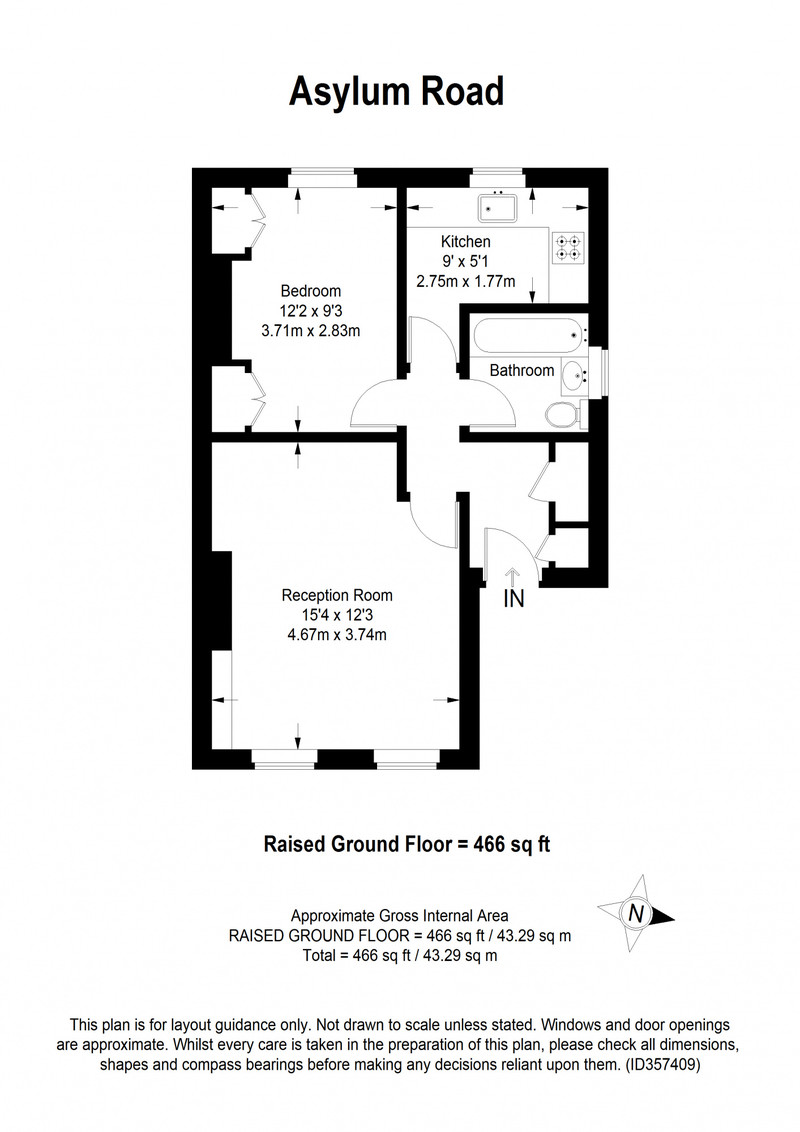