Comfortable three bedroom Victorian mid-terrace with double-glazing throughout and a generous west-facing, part-walled garden - extending over 45 feet. Measuring in at a respectable 1005 square feet, the house also offers up glaringly-obvious extension and loft conversion potential. All the rage these days! Or enjoy it as-is with a large storage loft.

A neat walled and railed front garden is a pleasing welcome. Through your front door into the hall and your through-receptions rests to your right. The front reception has a big bay window and is over 13 feet by nearly 11. The second reception’s over 11 feet by nearly 9. It’s flexible in terms of use and has its own door from the hall.

Pass under stairs cupboards to your left before arriving in the double-aspect kitchen which stretches over 20 feet. The kitchen’s a modern white one with solid wood counters. Attractive tiling and copper handles are welcome extras. At the foot of the room there’s a large dining space and beyond this, French doors open - delivering you to the garden - which has two paved areas plus a large lawn, planters and border (loving the lavender out here).

Up to the half landing and you have a large single bedroom to the rear of over 9 feet by nearly 8. It takes a double bed. Next door is the windowed bathroom - with metro tiling, white sanitary ware of contemporary-style, and an over bath shower.

From the landing you have a double bedroom of over 11 feet by nearly 9, and the large master bedroom which is over 14 feet by over 11, with solid oak flooring (this features downstairs too).

SE15 is enjoying much regeneration - most locally, Queen’s Road Peckham Station has had a recent, pleasing makeover. And London Overground trains have been improving the already-good central London connectivity since 2012. You’re two stops from London Bridge on regular services.

The Blackbird Bakery, in one of the arches by the station, is a popular spot for coffee, cake and pizza nights. Mamma Dough, Peckham Cellars and Beer Rebellion are also popular (just a few minutes away on foot) and new already-popular additions are Kudu and Smoky Kudu (the former with a Bib Gourmand already!). Other local restaurants are Peckham Bazaar on Consort Road, plus Banh Banh on Peckham Rye. The Peckham Coal Line is an exciting crowdfunded project that’ll link Peckham’s two stations with a linear park. 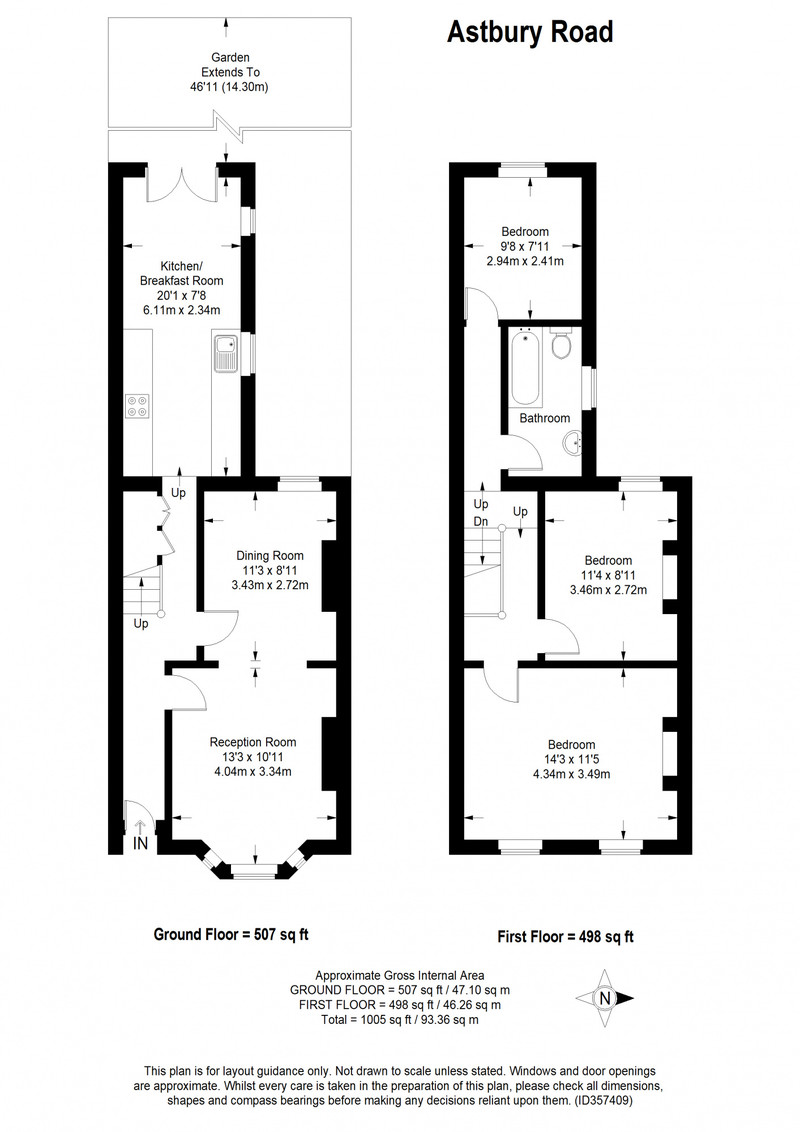